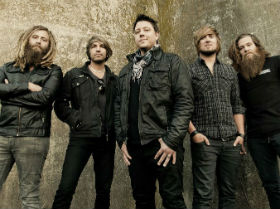 According to the band, much of their Fair Trade Services debut "What I've Become" was written from the perspective of what it is like to feel as if there is no hope, where you are your own worst enemy and ultimately what it looks like to go from that very real and dark place to one where there is hope and step into the light. That journey from dark to light isn’t always a swift one and sometimes has to be walked many times, but it is a journey that the band is familiar with and feels called to go on with their fans. As lead vocalist Josh Smith puts it, “We’re not role models. We’re just broken people who need Jesus.”