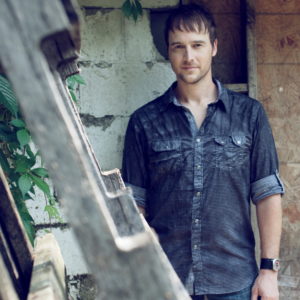 Every two years, singer/songwriter Bebo Norman undergoes what he calls an extended therapy session. The intensive process isn’t always smooth sailing, but it does result in ten or twelve moments of completion—a clear look back through his own window at a story God is telling. Also known as making a new album, it’s an exercise in discovery that Bebo takes to remarkable depths on his seventh studio project, Ocean. What he has found is the freedom to lose himself.

“My life is a dream come true,” says Norman. “I’m given the opportunity to create records that become sort of like a topographical map of all my past experiences. And today I’m happily married with two boys that I love. Still, I find myself looking up and asking, ‘Who am I outside of music and beyond being a husband and father? How do I hide myself in who Christ is rather than relying on my own identity in the real world?’ Every song on Ocean speaks to that idea.”

In several cases, the album’s concept splashes into your mind quite literally. Outstretched opener “Everything I Hoped You’d Be” is poetic, folk-bred rock full of natural imagery to describe a choppy spiritual journey from deserts to mountains, with Bebo realizing God will be the water I drink forever / Let it wash me over, oh my soul. In another moment of identity crisis-turned-catharsis, the beautiful “Sing Over Me” begs the voice that calms the waves to cut through life’s noise and find me . . . so tired of hiding behind these songs. As sure as he’s found, Norman converts the title track into a prayerful worship anthem perceiving the Lord as an ocean that I can get lost in / I’m drowning in Your love.

“That really has become a theme in my life, getting lost in God rather than the things of this earth,” he says. “I understand we are called to engage the world for Christ, but as we do that, there’s so much more yet to be discovered in our personal relationship with Him as well.”

The song “Ocean” also connects with the set’s other major recurring idea: juggling faith and fear. As Bebo dives deeper into the things of heaven, he sees that You are the wonder of my world / And all my fear is turning into faith. Similarly, overcoming anthem “We Fall Apart” pursues faith and finds it in the sunlight that is scattering the long line of fear and shame. Most universally, the harmonious first pop single, “Here Goes,” co-written with longtime friend and fellow artist Brandon Heath, advocates a life marked by leaps into the unknown while reasoning, I never loved anyone by playing it safe . . . never lost and never found are one and the same.

“That speaks to a million conversations we’ve had over the years,” Norman explains. “We both struggle to embrace the truth that we are compelled as believers to not live in fear. We must step into and through whatever challenges we have and trust that God is in control of things.”

Further removing himself from the spotlight, Bebo wrote several tunes for Ocean based on other souls out there in the water. He says “God of My Everything,” a cleansing work of praise, is drawn from a combination of despairing stories involving “people as close to me as anyone on this planet who had to rebuild their lives based on their identity in God rather than their own.” Stripping the music back to just his weathered tenor and James Taylor-like acoustic guitar, Norman sings “The Middle”—his favorite track on the album—from the perspective of a mother searching to find her place in life after the children have become independent.

“Could You Ever Look at Me” was penned for Bebo’s wife, a compelling love song that admits his weakness (I don’t know how to chase away the fear I have inside me . . .) before it catches a tidal wave of holy truth: I hope you never look at me the way you’re looking at the ocean / Because in the sunrise I have seen I was never meant to be the light of your world.

“The ocean has always been a peaceful idea to my wife, so in a jealous man kind of way, I’ve wished she would look at me the way she looks at it,” he confesses. “But I’ve come to realize that’s based on my own fear and insecurity. When she looks at the ocean, she is looking at the wonder of our Creator, and that’s a much better foundation for her life than me.”

Beyond himself and anyone else, Norman concludes Ocean with two meditations upon that perfect foundation. “I Hope You See Jesus,” co-written with Laura Story (who wrote Chris Tomlin’s “Indescribable”), is an extraordinarily eloquent musical presentation of the gospel. “Remember Us” lays out our fears and imperfect nature—some days we don’t know how we will make it at all—praying God will remain faithful despite ourselves.

Indeed, if there’s a personal message Bebo wants to get across to listeners with Ocean, it’s that we’re all in the same boat; we’ll all broken and in need of grace. Even with all his steady acclaim (from the No. 1 Christian album of 2001 at Amazon.com to another Dove Award in 2010), the so-called therapy sessions must go on.

“Sometimes I will meet someone who thinks I must have it all together all the time because my albums make me sound however coherent and polished,” he laughs. “But I have to remind them, ‘Hey, these are just the best sixty minutes out of the past two years of my life.’”

Perhaps there’s no better description of Ocean. Go ahead and jump in.