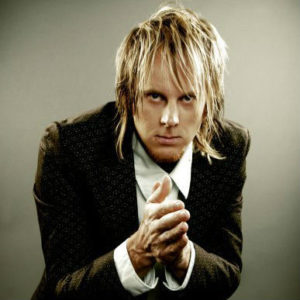 While working at a sawmill as a young man, Brock felt that God wanted him to use illusions, escapes, and stunts to bring a message of hope to people. “Brock admits, “I just felt like it was what God was calling me to do.”

With a passion for reaching people with the Truth that had changed his own life as the catalyst, Brock went back to college and began performing at church outreach events. News of his creative method of evangelism spread through the area quickly and he began to receive invitations almost immediately. “I finished my first show and had three invitations to perform,” Brock explains. “People just heard about it and wanted me to come to their town.”

Since those first outreaches, God has taken Brock’s ministry across the United States and the globe, while his heart for the lost has grown. Understanding that people today have short attention spans and a desire to be entertained visually, he has learned how to grab an audience quickly and keep them on the edge of their seats. Brock’s message for Christ is clear and effective. He has seen God touch thousands upon thousands of lives through his ministry.

A major highlight of Brock’s career was the release of a documentary called “The Miracles of Jesus.” Produced by British Broadcasting Company (BBC) and Discovery Channel, the project gave Brock the opportunity to objectively investigate firsthand the miracles of Jesus in the New Testament. Brock handled the role of lead investigator in the project, an assignment that took him all the way to Israel and Malta. The three-hour program debuted on Discovery Channel.

Brock has released four full-length DVDs: “Close-Up and Personal” (2002) and “Hidden Agenda” (2005), each produced by Jupiter Project, the Dove Award-winning creators of Third Day’s “The Offerings Experience” and Michael W. Smith’s “Worship.”"Standing Room Only" (2006) features big stunts, such as "the bullet catch," as well as pro skateboarder Tim Byrne, X-Games gold medalist freestyle motocross rider Kevin Johnson, and other artists. His latest DVD "Alive On Stage" is the most unique and fun project to date and is also available to watch on Hulu. The videos are designed to be practical evangelism tools, because they always feature a Gospel presentation.

Brock has shared the stage with many well known speakers, worship leaders, & artists such as Franklin Graham, Luis Palau, John Piper, David Nasser, Adrian Rogers, Newsboys, Toby Mac, Audio Adrenaline, Third Day, Relient K, Jaci Velasquez, Skillet, Mercy Me, Casting Crowns, and others. He has performed for such organizations as Focus On The Family, BigStuf Camps, Student Life, Superwow, and on tours such as Winter Jam, Livin’ It with Stephen Baldwin, and Christ in Youth’s Believe tour. He has appeared on multiple television programs like The GMA Dove Awards, The Harvest Show, At Home Live, and Fox News Channel’s Fox and Friends and in numerous other media outlets includingPassageway.com, Crosswalk.com, Baptist Standard, Christian Single, On Course Magazine, and radio programs across the country.

One thing is for certain—a Brock Gill show will be a memorable experience through his grand illusions, death-defying stunts, subtle comedy, and unique presentation of the Gospel.