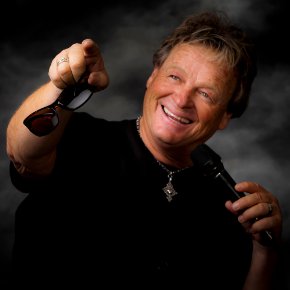 Bryan Duncan has released 14 solo albums, including his new album Conversations, seven albums with Sweet Comfort Band and three more with the NehoSoul Band, selling in excess of 1.2 million records.

Duncan was inducted into the Christian Music Hall of Fame along with Amy Grant and Al Green. He has received four Dove Awards and one Grammy Award.

Duncan's enthusiasm for riding his custom Harley Davidson was fodder for his first book, "Hogwash" - humorous reflections on motorcycle madness. He authored two more books. He describes "Dear God…Really?" as prayers you won't hear in church and "Spoke to God. He Said…" as a five-second devotional.

“It's no secret that I'm a social media enthusiast," says Duncan. "I love interacting with people on Facebook, Twitter, YouTube, Indiegogo, ReverbNation and my website. "I'm a conversationalist and an external processor," he says. "The inspiration for my books and many of my songs have come from conversations.

"I love people and share my experiences and my relationship with God through my books, music and social media with the hope that others will experience Jesus' love, grace and redemption as I have," says Duncan.