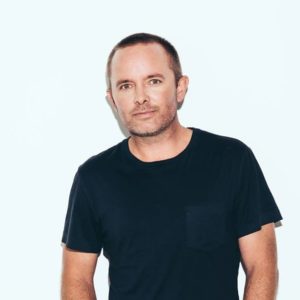 Chris Tomlin is a renowned Christian Gospel artist from Texas, well-versed in contemporary American pop, rock and spiritual heavy metal. He has been actively belting out albums from 1998 onwards, totally dedicated to the Father in Heaven and His Holy Path to Peace. Some of his chartbusters are ‘How Great is Our God’, ‘Jesus Messiah’, and ‘Our God’, each which peaked at the Billboard Ratings 200 and several other musical ratings by CCM and other radio listings. Chris Tomlin has also managed to garner several awards ranging from GMA Dove to the prestigious Grammy Awards.

Tomlin started writing devotional and spiritual songs at the age of fourteen, after which he left to study physical therapy. Though he worked double hard trying to learn the anatomy and the various imaginary pressure lines in the body the art of wellness, his heart was not into the niche and he decided to turn to God’s calling – and became a musician devoted to spiritual rock, jazz, and theological worship songs in the honor of Jesus, the Savior and the Holy Father in Heaven.

Chris Tomlin’s debut album ‘The Noise We Make’ released in 2001, and had the hit singles ‘Forever’, ‘Kindness’ and ‘Be Glorified’ that peaked within the Top 500 Christian Gospel Songs of all time. ‘EP 525’ and ‘Not to Us’ were acclaimed singles that he released in the year 2002. The early success pushed Tomlin further and he began composing better songs that were more soulful, somber, and devotional in nature, and set the success bar even more higher for the band.

In the year 2007, Chris Tomlin was featured on the Top Christian Gospel Favorite Songs with more than five songs featuring on the famed list – ‘How Great is Our God’, ‘We Fall Down’, ‘Holy is Our Lord’ and ‘Indescribeable’ and ‘We fall Down’ made it to the top of the list. The soul touching lyrics by Chris Tomlin accompanied by the apt percussion and the beautiful guitar and rock in the background, made Chris Tomlin and his albums universal favorites.

‘Indescribeable’ was used as a part of the wakeup call for astronauts on board the Space Shuttle STS-117 in 2007, a poignant moment for the band. In 2009, Chris Tomlin released yet another album, which peaked at number one in the Billboard 200 ratings ‘Christmas Songs of Worship’ which is going strong at the moment with increased sales around the globe. In 2013, another album, ‘Burning Light’, already a buzz in the Gospel Industry is on its way by Chris Tomlin.

The artist has won a Grammy for Best Contemporary Christian Music Album in 2012 and the GMA Dove Awards for Artist of the Year, and the Vocalist of the Year in the year 2001 for various singles.

Tours by Chris Tomlin are a rage across the US, with many waiting with bated breath for news and ticket schedules. Delirious, Compassion Art and other Christian Gospel Bands have toured extensively with Chris Tomlin, with his performances always at the opening to enthrall the audience.

If you’d like more information about the band’s tour schedule and ticket availability, you’d rather visit their official website for more information. Chris Tomlin is highly fan-friendly and can be reached for updates on Facebook, MySpace and Twitter.