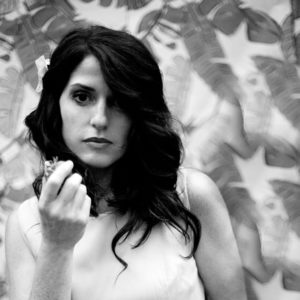 Cindy Morgan's life as a singer/songwriter began 15 years ago. A native of Harrogate, Tenn., a rural, Appalachian town in the eastern region of the Volunteer state, Morgan came onto the gospel music scene like a rocket, garnering New Artist of the Year honors during her first year. Ambitious and energetic, she spent the better part of a decade touring six studio albums—the music spanning from youth-oriented pop/dance tracks to powerful, introspective ballads—and participating in noteworthy special-event projects, including the Oswald Chambers-inspired My Utmost for His Highest, the New Young Messiah , Exodus, Streams, One Silent Night and Emmanuel and Gloria. A songwriter's songwriter, Morgan has garnered several No. 1 hits (including "Listen," "Real Life" and "I Know You") and several Dove Award and Billboard Music Video Award nominations. Her songs have been recorded by luminaries such as Michael W. Smith, Avalon, Rachael Lampa, Michael English, BeBe Winans, Sandi Patty, Jaci Velasquez, Mark Schultz, John Tesh and Natalie Grant.

"But underneath it all, after 10 years of nearly constant performing," Morgan explains, "there was a nagging sense that my life was in need of a long-overdue rest."

So five years ago, realizing that she'd spent her entire marriage and her first pregnancy touring, Morgan decided to come off the road. At first she, along with her husband, author Sigmund Brouwer, and their young daughter, spilt her time between Red Deer, Alberta, Canada and the Los Angeles area. In Burbank, Morgan networked as a fulltime songwriter in the Christian, pop and country genres, crafting hits including Christy Carlson Romano's "Dive In."

"The people there taught me about being a human being," Morgan says. "It was so great to be around people who were not necessarily Christians because I recognized that their search goes on earnestly, and I felt so blessed that I knew what I believed and that I felt truth in that belief." Eventually, the family bought a house back in Nashville, where they still make their home six months of the year. In this jambalaya of settings, Morgan engaged in a journey toward new self-discovery. She stretched as a wife and mother (adding the family's second child, too) and matured as a woman and musician. First and foremost, she drank deeply from a spiritual well and grew stronger in her faith.

Among the many songs she wrote, Morgan squirreled away the more personal ones for another day.