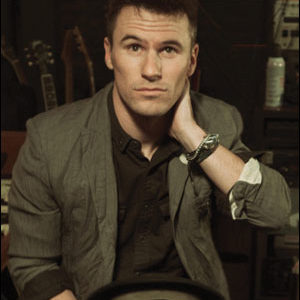 The latest work from Cory Lamb, “Safe In Your Arms” EP, shows a distinct growth in his artistry. It contains three new songs and the top charting radio single from the Break The Cycle album, “It’s A Good Day.”

Cory collaborated with one of the music industry’s top writers and producers, Matt Bronleewe. Matt has worked with numerous artists such as Michael W. Smith, Jars of Clay and Steven Curtis Chapman. Also involved in this creation was writer Sam Tinnesz who’s been in partnership with MIKESCHAIR.

The four songs also include the title track “Safe In Your Arms”; a powerful love song about forgiveness and coming back home. “Rescue” a song that reminds that you definitely have the ultimate liberator available. “Won’t Let Go” speaks about searching for that true love that’s not of this world.
The basis for Cory’s sound – an appealing mixture of classic and modern guitar rock, rounded out by deeply introspective and positive lyrics – can be traced back to his early childhood, where he had limited contact with popular music. “I didn’t even know
record collection, soaking up classic 70’s rock bands, from Chicago to Journey to Boston.

A lay-over of several years in Los Angeles found Cory's musical goals becoming diluted in the sea breeze and his original motivation becoming fuzzier with the city's endless distractions, so he moved back to Little Rock to pursue a musical career from hhis home base. “When I went back home, a light bulb went off in my head: ‘Oh! I don’t need to be out in Los Angeles to do good music. I can be home and do what I’m dreaming of doing.’ When I was back around my roots and the people I knew, I really found who I was again, and I knew: This is more than just a career. This is a life.”

Now comes the “Safe In Your Arms.” single. This new track, just released to Mainstream Top 40 Pop Radio and Christian CHR/AC formats in April 2012 with many early adds and very excited radio stations.

The “Safe In Your Arms” EP is a dynamic musical effort from Cory and shows increased depth as a new artist.