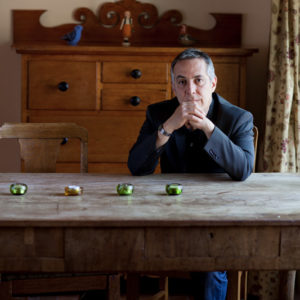 When Fernando Ortega was in his early teens, God began planting the seeds for his career and ministry as a musician. “The realization that I was meant to be a musician came gradually, through reinforcement from a couple of really wonderful teachers,” he says. “When I was fourteen, my piano teacher, Mrs. Hughes, who had a ton of students, said to me, ‘I know what kids can do, and you have a gift. You are a musician.’”

Still, Ortega was determined to work with animals or in the field of biology, a lifelong curiosity, and he continued to regard music making as a highly enjoyable past time rather than a career aspiration. He entered college at the University of New Mexico with the intention of being a science major. However, when Ortega sought to continue piano lessons at the school, George Robert, the professor he played for, insisted he switch his major to music.

Fueled by the affirmation of these two caring instructors, as well as Ralph Berkowitz, another teacher and mentor, Ortega began pursuing a career not as a church musician but as a classical concert pianist, a path that ended after a humbling series of auditions at a few big name conservatories. “I failed all my auditions, which was traumatizing enough,” he says, “but the most humbling experience was hearing, in the next room over, the piece I was auditioning with played impeccably.” When Ortega looked next door to behold the virtuoso, he saw a girl of about fourteen sitting at the piano.

Following the realization that he was not going to become a classical concert pianist, Ortega fell into a depression. Out of that, though, the Lord spoke to him in new and remarkable ways, affirming his gifts in composition and lyric writing, and ultimately urging him on in what has become a life-giving ministry for millions.