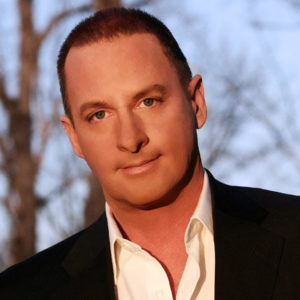 Contemporary Christian singer Gary Chapman has long been one of the most respected singer-songwriters in Nashville. For well over three decades, Chapman has seamlessly blurred the musical lines of contemporary Christian, pop, country and southern gospel, racking up an impressive list awards including seven Dove Awards including Male Vocalist of the Year and Songwriter of the Year, five GRAMMY nominations plus writing credits for legendary artists such as Kenny Rogers, Alabama and Wynonna. Chapman is also widely remembered as the host of TNN’s popular “Prime Time Country” television series and the “Sam’s Place” concert series and radio show at the Ryman Auditorium. home of the world famous “Opry".

Gary currently serves as an elder at his home church and has been busy at home as well. He and wife Cassie adopted a baby daughter, Eva Rose in 2013 and while the proud father and mother beam with pride over the new addition to the family, Gary and Cassie remain very close to his son Matt and daughters Sarah and Millie, who’ve since spread their wings for school and successful careers respectively. “My family is everything to me”.

In honor of his Father and Mother, Gary’s wife Cassie encouraged him to launch a Facebook page “A Hymn a Week”. Once a week, Chapman sings live from his living room and tells the stories behind the classics hymns. “These timeless songs were the only thing that gave my father peace in his final days. When he was struggling, I would just take out my guitar and play the songs that I had learned as a child for him at his bedside.

Singing those hymns I grew up with helped me remember what music is for.” After a long struggle with Parkinson’s and Cancer, Gary’s father went to be with the Lord in peace like a preacher should, Easter morning at sunrise.

This time around, Chapman returns with “The Truth”, an album that is one of the best of his career. This project is a transparent window into Chapman’s heart and soul. It’s Gary’s hope that it will show listeners his true self as proven by cuts like “How Great a God” and the beautiful duet “If God Had A Front Porch,” featuring his dear friend, Alison Krauss. This record also features Grammy winning Vocalist Rebecca Lynn Howard and a very special duet with his daughter, Sarah, on a song inspired by his father entitled “Put It In His Hands”. The album closes with an incredibly moving song, “The Rough Crowd,” which features performances from Tanya Tucker and John Rich. Needless to say, “The Truth” is a testament to the human spirit, and offers hope to us all.

“I’m excited to share a very personal part of me with my friends and fans and ready to get back on the road, not only to play, but also to connect in person with everyone again”.