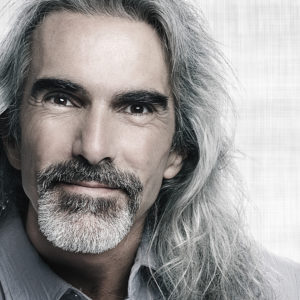 GRAMMY® and GMA DOVE Award-winning recording artist Guy Penrod has released an all-new collection of some of today’s most popular songs of worship. Worship (Gaither Music Group/Servant Records), released on May 27th, 2014 was produced by Lindell Cooley and features Guy’s unmistakable, rasp-tinged vocals as he brings to life new renditions of both classic and contemporary songs like “Shout to the Lord,” “Revelation Song,” “Victory in Jesus,” “You Never Let Go,” “10,000 Reasons” and more.

“I wanted to record an album that, like my previous Hymns recording, contains familiar songs,” describes Penrod.  “I put the songs in keys that most everyone can sing along with, especially the men, and arranged them with a simplicity that allows everybody to easily join in.  I have a real heart to see men enter into worship because I believe as they worship their families will worship also.  I am excited to travel across the country (and internationally) and perform these songs as audiences sing along.”

One of the most popular artists featured on the Gaither Homecoming Video Series, Penrod spent 14 years as the lead singer of the Gaither Vocal Band before launching a successful solo ministry with combined career sales now in excess of four million units.  His most recently acclaimed sophomore release, Hymns (Gaither Music Group/ Servant Records), debuted at #1 on the Nielsen SoundScan Southern Gospel retail chart, became the top-selling southern gospel album of 2012 and was also one of the year’s top-selling gospel recordings in Cracker Barrel Old Country Store® nationwide.

One of the most in-demand touring artists in Christian music and a vocal powerhouse, Penrod travels throughout the US and abroad.  He has performed all over the world including Carnegie Hall, Kennedy Center, Sydney Opera House, Atlanta's Georgia Dome, Billy Graham Crusades, and the White House.

Worship is distributed by Capitol Christian Distribution and is available at retail and digital outlets worldwide including iTunes, Amazon, www.gaither.com and www.guypenrod.com.