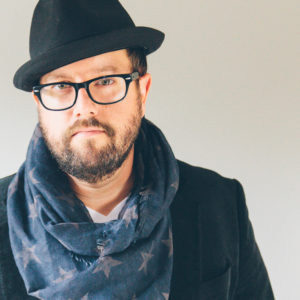 Whenever faith, God and music come together in a single sentence, one name which cannot be circumvented is Jonas Woods. Jonas has been involved with the Christian music industry since over a decade and has been making music that matters; music that is beyond the contours of popular culture; music which provokes thought and music which has the potential to make a difference. Although Woods enjoyed playing music for people who surrounded him, he never thought of taking it up at a professional level. He was a bible student at Evangel University and fronted a band called Farewell June during those times as the song writer and singer. From serving people with his music at a local square in Missouri to playing for thousands in concerts, Woods has come a long way in the field of Christian Music.

While playing at the local square, Woods encountered the strata of people who barely come out in bright day light: drug dealers, prostitutes, homeless people etc. These people started questioning him about God and faith. This is where he found his calling; this is where his ministry was born. Those experiences strengthened his love for god and he started finding Gods messages in his own lyrics. He truly believes that he the minster of the Gospel and has no veiled selfish motives in promoting his music.

After the breakup of Farewell June, Woods found his calling of God through music. He delved deeper into the words of the almighty and ventured independently around the country, introducing his music to people and consequently capturing them with his talent. Woods released a solo record called ‘Transparent’, which served as a major feedback for him and helped him to grow as an independent artist. The record served as a turning point in his life and compelled him to stay put in the field of music.

Jonas has worked with various artists and has had the privilege to tour with many of them like Dove Award winning artist Paul Colman. He has shared stage with Audio Adrenaline, Mercy Me, Jars of Clay, Bethany Dillon, Michael W. Smith, Casting Crowns and many more. He is also going to work with Grammy award winner Ted. T. All these experiences will give him impetus to run his music in the mainstream of music industry. He claims to come on television, radio and all other forms of media to reach to the masses and spread the word of lord, as for he is the force who has conferred upon him the special gift.