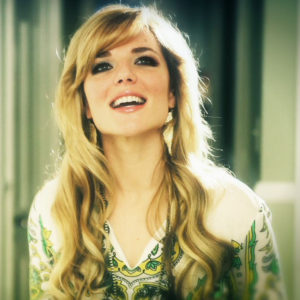 Laura Kaczor (kuh-ZURE) is a Contemporary Christian Music singer/songwriter, worship leader, speaker and graduate of The University of Pennsylvania. Her fourth album Restore Me (LifeThirst Music), projected to be released early Spring 2015, is produced by multi-Dove Award winning Producer of the Year, Ian Eskelin (Francesca Batastelli, Sidewalk Prophets, Chris August). Laura and Ian met at the Song Discovery Conference in Nashville, TN. Originally from PA, Laura resides in Nashville with her husband Kelly and new son, Samuel who recently underwent successful open heart surgery for a VSD (hole in the heart).

This experience is expressed in the original songs on her newest album, Restore Me that has the powerful theme of restoration through the love of Jesus Christ. Laura penned all of the 10 songs, with some songs co-written with Amy Lewis and Ian Eskelin. It is a message birthed in trials, fears and struggles, but a message of hope, faith, and the unfailing love and faithfulness of a Savior that restores us, a message from songs such as, “Only You”, “Restore Me”.

Among other powerful songs on the new album is one that Laura wrote before she was even pregnant, “We Don’t Always Understand” which speaks to grief from losing a child or other inevitable losses and hurts we all experience in life with the message, “keep on believing God is good in all things, we don’t always understand…He has a plan”. Little did Laura and Kelly know that song would strengthen them through a time of uncertainty in a difficult pregnancy and the open heart surgery of their son Samuel. Clearly, Laura’s heart for ministry to touch, heal and restore others shines through this entire album.

Her second project, Wildflowers was an EP of Kaczor’s original songs produced by multi-Grammy winning producer, John Carter Cash, son of Johnny Cash and June Carter Cash at the Cash Cabin Studio when she first moved to Nashville. Wake Me Up was her first full-length album of original songs penned by Kaczor, and was produced by Grammy-nominated producer, Anthony Newett (producer for Glenn Beck) and Chris Davis from the group, GLAD shortly after completing college at the Ivy League school, The University of Pennsylvania.

At U Penn, Laura performed in the Christian a capella group, “Full Measure” and led worship for U Penn’s Campus Crusade for Christ (CRU). During that time, Laura was the worship leader for the area youth-focused “Jesus Fest” which united over 1000 quarterly from 150 churches over a seven year period for worship and evangelism. This led Kaczor and her husband to found the non-profit LifeThirst Ministries, worship, evangelism and teaching events on a national level.

So how did this all begin and where is this ministry now?

Most 10-year-olds can’t fathom the physical and emotional impact of a life-threatening disease like cancer. Yet, for 10-year-old Laura Kaczor, she used the cancer diagnosis of a close friend and neighbor to inspire her very first song. Her neighbor was touched by the gift—a cassette tape dubbed on her karaoke machine. The song struck a chord, the lyric matching her friend’s fervent prayers. For Laura, it was a turning point and an affirmation of her gift as a budding songwriter.

“That’s where I first saw the impact that songs could have on people, that they could change someone’s life,” remembers Kaczor. It’s this same transcendent influence of music that led the singer/songwriter to her true calling in music and ministry today. Growing up in Pennsylvania, Kaczor attended Creation Festival and personally experienced the transformative power of Christian music and the presence of God through worship for the first time. “Then and there, I decided that I wanted any and all of my musical pursuits to be for the Lord,” she shares. What started at eight years old as singing at a neighbor’s tap recital, blossomed into a love for singing as Laura worked with her beloved teacher, Susan Dash from the age of 14 to today.

Kaczor set out to become an artist who creates music that inspires, encourages and uplifts—the same things that artists like Caedmon’s Call, Bebo Norman and Andrew Peterson provided for her. The music of Sara Groves also became a prevailing soundtrack for Kaczor’s life.“Whatever I was going through, her music ministered to me. It helped set a vision for my life,” she says. “That’s not Sara doing that. I mean, it’s her talent, but it’s the Lord using her songs; and that’s really what I want.”

“There wasn’t a moment where I said I was going to be a Christian music singer and ‘xyz’ is what I have to do. It was just very much God leading one step at a time.” Her obedience has led her to act upon her passion, the worship experience that first captured her heart, so she and her husband founded the non- profit ministry, LifeThirst, which unites a community in worship, evangelism and teaching with national speakers, with the vision to raise up a generation of passionate revivalists.

LifeThirst’s last event drew 1000 with Biblical Archaeologist Bob Cornuke as speaker. In 2015, LifeThirst is partnering with the Institute for Creation Research www.icr.org for a tour with world-class scientists and apologetic speakers on topics such as Creation vs Evolution, the Big Bang Fizzle, Dinosaur Symposium, The Flood, etc.

And LifeThirst Girls and Women’s events are where Laura—ministers to teenage girls and women, “I have a heart for young girls and understand their struggles,” she shares. “Whether it’s sexual sin, abuse or whatever they may feel shameful about, God wants to heal that place in their heart. When His grace is shining in the place where you’ve been hiding, it makes the ugliness beautiful.”

As the originator of these events, it’s evident Kaczor’s music is a vehicle for ministry. “In order for artists to have longevity; it needs to be about more than the music and if it’s not about the ministry, then it will be a flash in the pan,” says Kaczor. “But if it’s about ministry, there’s always work to be done.”

Laura is clear about her perspective on her career. “It’s never been about money; it’s never been about fame. It’s really only about using this ability to bring people to the Lord. That’s pretty much it, because everything else is just a lie—if you’re using your platform to gain notoriety—it’s just such a trap.”

It’s the stories that inspire her to continue on the path laid before her. “When people write notes like, ‘I just listened to your song, and it encouraged me through one of my darkest moments,’ it’s worth it all at that point—all the blood, sweat and tears and the frustrations and anxieties,” she says.

Whether through worship music or connecting with teen girls, Laura wants to be someone’s Sara Groves. “Hopefully, the Holy Spirit speaks through the music and just reaches people right where they are. Because there have been artists in my life who have absolutely done that for me.”