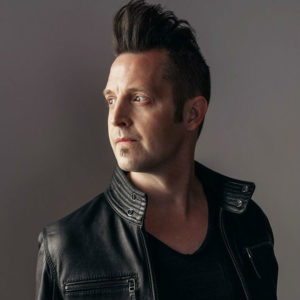 Born in Fairbanks, AK, in 1971, guitarist/singer/songwriter Lincoln Brewster was playing drums, guitar, and mandolin by the age of seven. By 12 he was fronting his own band, Lincoln and the Missing Links, with his mother Cheryl on bass and vocals. He moved to California at 15 and joined the high school jazz and marching band. By 19, through a series of connection in Los Angeles, he had the opportunity to sign a major record contract but found that his personal life was spinning out of control. Christianity provided for Brewster the tools and the solace he needed to continue not only making music, but to make it in a way that celebrated his newfound faith. He became a much sough-after session musician, touring with Journey's Steve Perry for well over a year. After a brief stint in Oklahoma, Brewster and his wife relocated to Nashville to help build The Oasis Church, where he signed with the faith-based Integrity label and began recording his own music. He has since released Live to Worship in 2000, Amazed in 2002, All to You... Live in 2005, and Let the Praises Ring – The Best of Lincoln Brewster in 2006 that featured the chart toping song “Everlasting God”.

What is “real life”? Is it the pain, struggles and moments where hope is in short supply? Is it faith in a God we can’t see and hope for a future we don’t yet know?

For acclaimed worship leader Lincoln Brewster, “real life” has meant all of that and more. Born and raised in a small town in Alaska, Brewster’s childhood in a broken home was perhaps a little too “real.”

It was an environment darkened by his stepfather’s violent behavior and alcohol addiction. An environment from which Brewster and his mother sought solace in music.
“My mom loved music and played with local bands,” he says. “She was the one who inspired my love for singing and playing instruments.”

As Brewster bonded with his mom through music, he began mastering a variety of instruments —including a stunning prowess on the guitar. It was this incredible talent that caught the attention of mainstream labels, landed Brewster a “gig” playing with rocker Steve Perry (formerly of the band Journey) and earned him a mainstream record contract by age 19.

But God had other plans. After attending church with his high school sweetheart and now wife, Laura, Brewster yielded his life to Christ. Filled with a new passion and purpose, Brewster walked away from the promise of rock stardom to take a job at his local church. This new trajectory eventually led him to a recording partnership with praise and worship label Integrity Music.

Since that time, Brewster has performed and crafted songs that have helped shape the sound of today’s modern worship while also climbing Christian radio charts. These include global anthems such as “Today Is The Day,” “God You Reign,” “Everlasting God,” “Salvation Is Here” and “The Power of Your Name.”