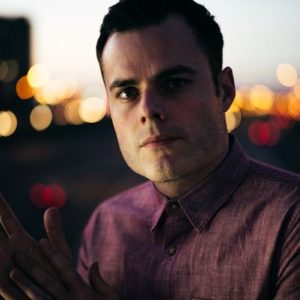 In a Rolling Stone story dated April 30, 2012, writer Dan Hyman wrote about The Queen Extravaganza, a much-buzzed-about touring project launched by legendary Queen drummer Roger Taylor and guitarist Brian May. Produced by Taylor, The Queen Extravaganza was designed to celebrate the group’s legendary body of work with performances by a band of musicians found through an online audition. This is an excerpt from that article:

On a recent afternoon in Toronto, Queen’s Roger Taylor was checking out rehearsals for Queen Extravaganza–a 25 date tribute tour with a lineup hand-selected by him and his bandmate, Brian May–when singer Marc Martel belted out a few notes from “Bohemian Rhapsody,” stopping the 62-year-old drummer in his tracks. “It was as if Freddie (Mercury) was in the room,” Taylor said today during a conference call with journalists. “It was uncanny.”

A Nashville resident, Martel landed the gig after submitting a video of himself singing the 1976 Queen classic, “Somebody To Love.” The clip was posted online and immediately went viral, amassing more than a million YouTube views within a few short days (as of summer 2014, the video was nearing the 9 million views mark). That led to a live audition for Taylor at 606, the Northridge, CA-based studio owned by Foo Fighters frontman Dave Grohl. A media whirlwind ensued with coverage in the Wall Street Journal, Billboard, Huffington Post, USA Today (and a plethora of others), along with Martel performing (solo) on Ellen, then with May and Taylor on American Idol, followed by an international tour as the face and voice of The Queen Extravaganza.

“It’s been insane,” recalls Martel. “I entered the competition on a whim, never expecting things to take off the way they did. The Extravaganza has taken me places I’ve never been and I’m forever grateful to Roger and Brian for giving me that opportunity.”

For Martel, who spent years recording and touring as the vocalist and primary songwriter for Downhere, an award-winning Canadian rock band with a sound, style and fanbase all its own, the success of The Extravaganza came with a catch. The project helped introduce Martel’s talents to millions of people, but he’s now known more for his uncanny resemblance to Freddie Mercury–one of rock’s most iconic vocalists–than he is for his own music.

That changes with the release of Martel’s first full-length solo album, Impersonator–a fuller view of who he is as a man, a songwriter, and a musician. “I’m proud of it because it encompasses all that I am,” says Martel. “No longer being someone else, no longer the impersonator, just me.”

Inspired by diverse genres, the songs on Impersonator were all written or co-written by Martel, blending elements of rock, jazz and pop to thrilling effect. Recorded in Los Angeles and produced by John Fields (Switchfoot, Parachute, Goo Goo Dolls), the album showcases Martel’s artistic range and versatility. He possesses the kind of voice that comes along once in a generation, an uncanny instrument that gives each song unique life and emotion.

“Impersonator,” the title track, highlights the tender side of Martel’s voice while “Say The Word” pushes his grittier tones. The sound and lyrics of every song, from the pull of “Magnetic” to the rock anthem feel of “Paradise” and “Dead Ringer,” combine to make a full experience and album worthy of listen from start to finish.

Asked the album title, Martel smiles and says, “It’s a bit tongue-in-cheek. Being compared to Freddie Mercury is something I’ve come to terms with. I don’t know that I’ll ever successfully avoid the comparisons, as much as I might want to. Why bother, though? People hear what they want to hear because it makes them feel good, and gives them a momentary pause from a loss rock and roll has felt for years. And I’m very okay with that. But in the end, it’s not me. This album is unmistakably me, and that’s so satisfying.”