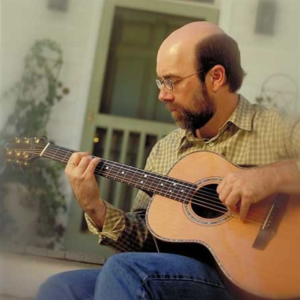 The popularity of his work seemed a stark contrast to his goal in life, to simply and quietly teach the Bible.
Although music provided him the opportunity to share insight gained through extensive research, writing songs alone limited what he felt called to share. Card would frequently agonize over having to condense the vast depth and richness of scripture into a three-minute song. And so he fell, quite naturally, into the field of book writing where he has garnered numerous awards.

Never one to compartmentalize his spiritual life, Card’s quest for community slowly seeped into his professional life as he began to write articles and books on topics that captured his imagination through conversations with Bible teachers, friends and contemporaries in both Christian music and the academic community.

Brennen Manning, Dr. Calvin Seerveld, Dr. Larry Crabb, Kirk Whalum, Dr. George Guthrie, Don Wyrtzen, J.I. Packer, and the late Dr. William Lane, people known for their academic biblical contributions to Grammy-award winning musicians, Card is the first to note what an amazing community of friends and contemporaries he has had the opportunity to learn from and grow with both personally and professionally throughout his career.

“Thomas Merton said, ‘The least of learning is done in the classroom,’ and he is so right,” says Card. “The bulk of what I’ve learned whether academically, musically, or personally is through interacting with people, which is why I think community is so important to our growth as Christians.”

In everything he does, Card seeks to encourage his audience to join in his own journey to know and be known by God by asking questions and entering into meaningful discussion with one another. Card’s vision is to edify the body of Christ around the world by sharing experiences and resources in the context of community in order to help facilitate the growth of smaller and more intimate communities within his audience’s own churches and neighborhoods.

To that end, Card has branched out beyond the music which made his name known within the Christian community into the various mediums he uses today; another reason why Card sees the importance of continuing to teach at conference centers like Glen Eyrie, The Cove, Columbia Bible College, Maranatha Bible College, and even on a regular basis at his home church.

Whether it’s through his writings, concerts, or teaching, the core of what binds these seemingly diverse endeavors together is biblical community. It is at the heart of everything Michael Card does.

“The one thing we strive to achieve is to reach people where they are,” explains Card. “whether it’s my work or the work of someone else, there is a greater chance of reaching more people, who in turn will reach out to others in their own community.”

Michael is a graduate of Western Kentucky University, where he earned his bachelor’s and master degrees in biblical studies. Michael has also received honorary PhD’s in music and Christian education from Whitfield Seminary and Philadelphia Biblical University.

Michael lives in Franklin, Tennessee, where, with a group of close friends, he pursues racial reconciliation and neighborhood renewal. He and his wife, Susan, have four children.