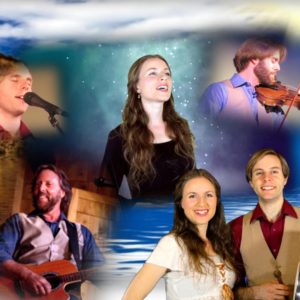 The SKYS CELTIC REVIVAL! is a high-energy music, worship and dance production performed by The SKY Family from Prince Edward Island, Canada. With their unique blend of fast-paced music, world-class Irish dance, humor and testimony, The SKYS engage audiences from coast to coast in heartfelt worship. Their message challenges people of all ages to a renewed dedication to follow Jesus. The group has toured from coast to coast since 2006 and have been featured guests on the national TV. At their home theatre on Prince Edward Island, their production has attracted thousands of visitors from around the world, and their songs have been playing on over 250 radio stations across the US and Canada. 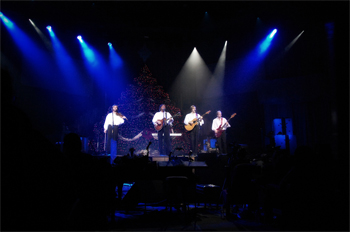 In March 2016, the Chicago Tribune said, “Whether it's a souped up Irish river dance instrumental or a song of praise, The SKYS know what they're doing and do it extremely well." "It exudes the unabashed joy of an old-fashioned tent revival." "Their shows are an event you wouldn't want to miss."

The SKY Family's production Celtic Revival! brings world-class Irish dance to lively Celtic/pop-rock music and songs rich in harmonies. Woven throughout are humorous stories and inspirational testimonies. The program is engaging for the whole family. From little ones to grandparents and all ages between everyone enjoys the good humor and high-stepping dance. Each member performs on several instruments and all contribute to the rich vocal harmonies and dance.