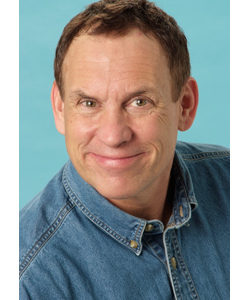 Taylor Mason is an actor, musician, ventriloquist, entertainer and comedian from Illinois. He is well known for his quick wit, flawless delivery & polished material on his performances and he is a true hit with audiences of all ages. His clean comedy and family friendly shows sets him apart from other comedy acts. Some of his most memorable works include Bananas and Thou Shalt Laugh, two popular video series that were huge hits with his fan base.

Taylor Mason was born in Hinsdale, Illinois in 1956; his father was a radio broadcaster and his mother a homemaker. He grew up in Chicago while his father worked at WGN Radio and Television and this has served as an early introduction for Taylor into show business.

After graduating from Ottawa High in 1974, Taylor attended the University of Illinois where he majored in Agriculture and Communications. After graduating from college in 1979, Mason began performing at his fraternity as a disc jockey and comedian for dances. He quickly gained popularity and after he re-discovered a ventriloquist puppet given to him for his 10th-birthday by his parents, he started doing stand-up comedy and quickly became popular for his one-man variety show.

Mason began his musical career playing at various college campuses in 1989, and over the next 11 years, he did more than 1500 college shows, and won two “Family Entertainer of The Year” awards. By 1990 Mason began making television appearances on all the popular shows of the day: Evening at the Improv, Comic Strip Live, Caroline's Comedy Hour and MTV Half-Hour Comedy Hour.

Apart from his musical performances, Mason continues to write and perform comedy, ventriloquism and music. He has worked extensively for The Disney Cruise Line, plays comedy clubs, private parties and corporations. Mason released his first album, “Songs for the New Depression” in 2009.